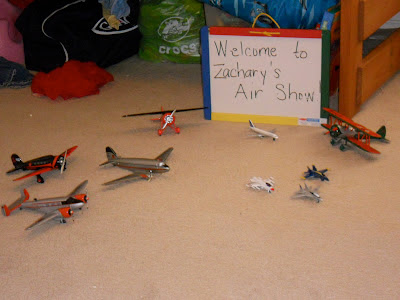 We are a little bit obsessed with jets in our family. All four of us are fans. When the kids and I play in the backyard in the afternoons we all stop and look up at the sky. We live close to Lackland Air Force Base so we get to see a lot of the jets fly over the house.  I love it.  Most of the time we see the C5s and the F16s.
So we had a play time with jets. Zachary put on an air show for us.  He had an Thunderbird from the air force and a Blue Angel from the navy.  He also had a Continental jet participate.  As you can see there were many others as well. Mostly he just flew the planes around the house making jet sounds but we had fun. 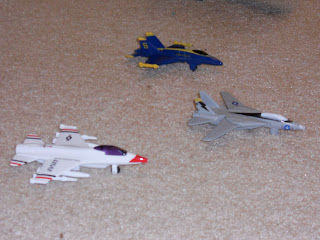 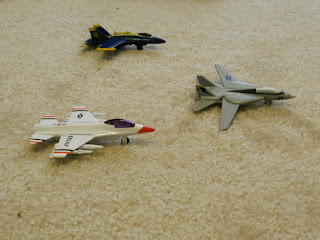 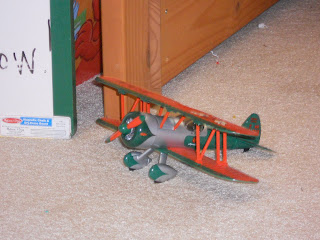 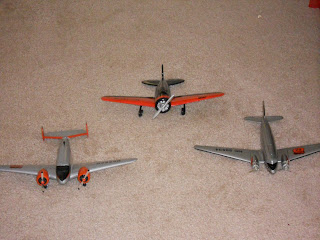 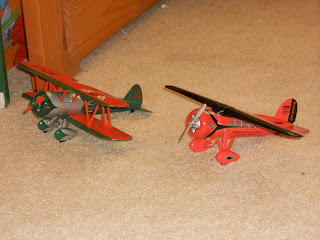